React Native, created by Facebook, recently announced new updates and improvements with its new version 0.60. Now, users can easily optimize the existing features and functionalities of the React Native 0.59 as well. The best thing is that developers no longer have to face many issues with the previous version anymore.

Let us dive into the new updates and improvements of the React Native 0.60 to gain a clear and complete understanding.

The React Native 0.60 facilitates massive improvements on the accessibility APIs front for both Android and iOS. This list includes but is not limited to entailed elements such as advancements in roles, flags, action support, and more.

Native codes and dependencies will need to be migrated with the migration of React Native with the AndroidX (Android Extension Library). All of the React Native apps, because of this shift, will have to make use of AndroidX themselves.  However, a temporary solution called “Jetifier” has been developed by the React Native team at Facebook. (Jetifier is an AndroidX transition tool with a style compatible with React Native).

A new app screen has been offered with the new release. Claiming to be more user-friendly, it displays useful instructions such as how to start the debug menu, Documents links, editing App.js, and how to align with the coming website redesign. The new UI “Hello world” welcomes users to the ecosystem in a more engaging and friendly way.

To make the upgrade process simpler, a great tool called Upgrade Helper that helps React Native users with complex customizations or brownfield apps to see what all has been changed between versions. Users can even have a look at the updated upgrading docs to walk progressively and firmly on the upgrade path.

The React Native libraries regularly comprise of stage explicit and local code. The React Native 0.60 system enables users to find and utilize this code. Major advancements such as this in auto-linking have been introduced by React Native CLI team.

The new improvements include the placement of NetInfo and Webview into separate repositories. They now have been removed from the React Native repository. Based on the community feedback, Geolocation has also been removed.

CocoaPods are now a part of React Native’s iOS project. Try opening the iOS platform code by using the xcworkspace file from now on (protip: try xed ios from the root project directory). The podspecs for the internal packages have been changed so they become compatible with the Xcode projects that will assist with debugging and troubleshooting.

A small and lightweight JavaScript engine, Hermes was recently optimized to run React Native on Android. Focusing on React Native apps, Hermes enhances the performance of React Native by reducing download size, memory utilization, and the time it takes for an application to become usable or “time to interactive” (TTI). The best thing about Hermes is that it can significantly improve app performance even on mass-market devices with slow storage, limited memory, and reduced computing power.

Stay tuned for more news. Till then, don’t forget to enjoy React Native 0.60 in the meantime! 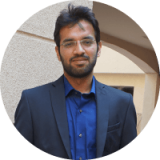 "Akshay Dhiman, the CTO of Cloud Analogy, has been a standout and successful Salesforce Platform Developer for years. He has a rich experience in Salesforce Integration, JavaScript, APEX, VisualForce, Force.com Sites, Batch Processing, Lightning, PHP, C++, Java, NodeJs, ReactJs, Angular 8, GraphQL, React Native, Web Technology, and jQuery. Known for his problem-solving and debugging skills, Akshay is an out-of-the-box thinker and his capability to understand the business context and translate it into a working model is par excellence. Akshay would not only translate his thoughts into reality but would also bring in his own perspective that is always a tremendous value add. Akshay has the knack of taking challenges head on, equipped with In-depth industry knowledge, Resourcefulness and uncanny nag to build relationship with anyone in shortest time possible. Not only does he possesses fantastic technical depth and awareness but Akshay also complements them with a profound understanding of business functionalities, tools, and methodologies. He has the rare combination of skills and talent that one looks for in Salesforce – attention to detail and the drive for innovation."
Facebook Twitter Linkedin
Tags: react native, React Native 0.60, React Native libraries, React Native repository