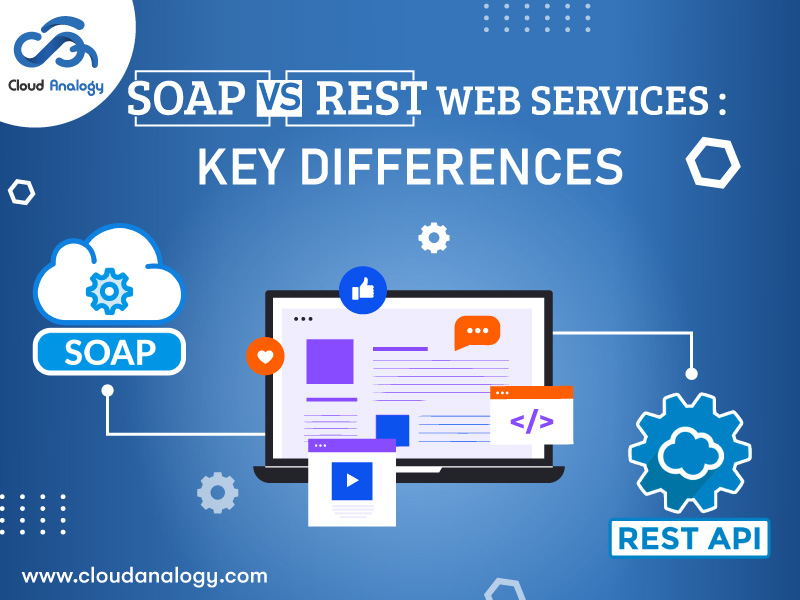 Web services are in charge of machine-to-machine communication through the Internet. Computers use them to communicate with one another through the network. They are only the front-end interfaces of websites and applications stored on the devices of end-users. There are two primary competing methodologies when it comes to creating web services: REST and SOAP.

It’s usual to compare REST and SOAP, two of the most used API paradigms, while discussing API architectures. Although the two are frequently compared as if they were the same, they are fundamentally different technologies that are difficult to compare on a granular level. So, if you are looking for answers to know which API is suitable for your project, we have curated a comprehensive guide about each option’s features and challenges.

What Is REST Service?

REST is an acronym for Representational State Transfer. It’s an architectural style that specifies guidelines for creating loosely linked apps that communicate via the HTTP protocol. REST does not provide how to put the ideas into practice at a lower level. Instead, the REST principles allow developers to customize the details to their specific requirements. Also, RESTful web services are online services that follow the REST architectural paradigm.

A Restful service will use the standard HTTP verbs GET, POST, PLACE, and DELETE to interact with the required components. REST uses XML, JSON (JavaScript Object Notation), or plain text for all requests and responses. It is faster than SOAP because JSON (lightweight) is utilized in the request/payload.

Furthermore, you can render REST properties by tagging apex classes with the @RestResource annotation. The URL mapping for the REST service is also defined at the class level. To make your process applicable from an HTTP get method, use the @HttpGet annotation. The user can even use other annotations such as @HttpDelete, @HttpPatch, @HttpPost, and @HttpPut to indicate their method based on their business needs.

Key Reasons To Use REST

REST is the most common solution among developers for creating public APIs nowadays. Many examples can be found all over the internet. All major social media platforms provide REST APIs for developers to link their apps with the platform. These public APIs also come with extensive documentation that contains all of the information you’ll need to use the API to pull data.

Twitter includes several public REST APIs, and each serves a different purpose. For instance, a Search API for finding past tweets, a Direct Message API for sending personalized messages, and an Ad API for managing your ad campaigns programmatically.

Another prominent REST API example is the WordPress REST API. It provides endpoints for WordPress data types, allowing you to interact with a WordPress site’s content from afar and accomplish some amazing tasks like building mobile apps with WordPress.

What Is SOAP Service?

Termed as a messaging protocol, SOAP or Simple Object Access Protocol exchanges data in a distributed and decentralized setting. Any application layer protocol, including TCP, HTTP, SMTP, TCP, or UDP, can be used with SOAP. It sends data in XML format to the receiver. The protocol includes security, authorization, and error handling, and unlike REST, it does not presuppose a direct point-to-point connection. As a result, it works effectively in a distributed enterprise setting. SOAP provides how to encode XML files returned by the API in a formal and defined manner.

A SOAP message is simply an XML file that has the following elements:

Envelope (mandatory) – This is the message’s beginning and ending tags.

Header (optional) – It contains the message’s optional attributes. It allows you to modularize and decentralize the extension of a SOAP message.

Body (mandatory) – This is where the server sends the XML data to the receiver.

Fault (optional) – It contains information about any errors that occurred during the message’s processing.

Reasons To Use SOAP

SOAP can be most certainly utilized for enterprise-level web services that demand high security and complicated transactions. It is extensively used in financial services, payment gateways, CRM software, identity management, and telephony services.

PayPal’s public API, which allows you to take PayPal and credit card payments, let customers login with PayPal,  add a PayPal button to your website, and do other PayPal-related tasks, is one of the most well-known SOAP APIs.

Many users of prominent web services may still utilize SOAP API, which was the market leader until REST became widespread. Salesforce, for example, offers both a SOAP and a REST API, allowing developers to link Salesforce with their platform in the most convenient way for them.

Differences Between SOAP And REST are listed below.

Even though they are fundamentally distinct, SOAP and REST are ways to design web services. The former is a formal protocol, while the latter is an architectural style. Each protocol has its benefits and drawbacks. The programming language you choose, the environment you use it in, and the requirements all play a role in deciding between SOAP and REST.

Are you looking for Salesforce consulting services? Get in touch with the Cloud Analogy team of experts and close more deals with less effort by offering a personalized experience to your leads. 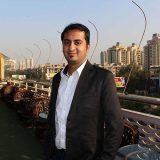 Sachin, a renowned Scrum Master and Principal Solutions Architect at Cloud Analogy, has rich experience when it comes to working on process improvement in a fast-paced environment maintaining high level of quality in all deliverables. Sachin's expertise lies in varied hardware and software environments including Cloud technologies such as Salesforce, AWS, Cloud Foundry & Google App Engine and Mobile.

PHP and Node.js-Differences and Similarities

10 Features of VS Code Every Developer Should Know